Meet The Worlds Biggest Pit Bull
This is an American pit bull terrier named Hulk and his owner, Lisa Grennan. Lately the 174-pound Hulk with his enormous frame has gone viral on the Net. A video of him being weighed last month had over 7 million views as of early this week. 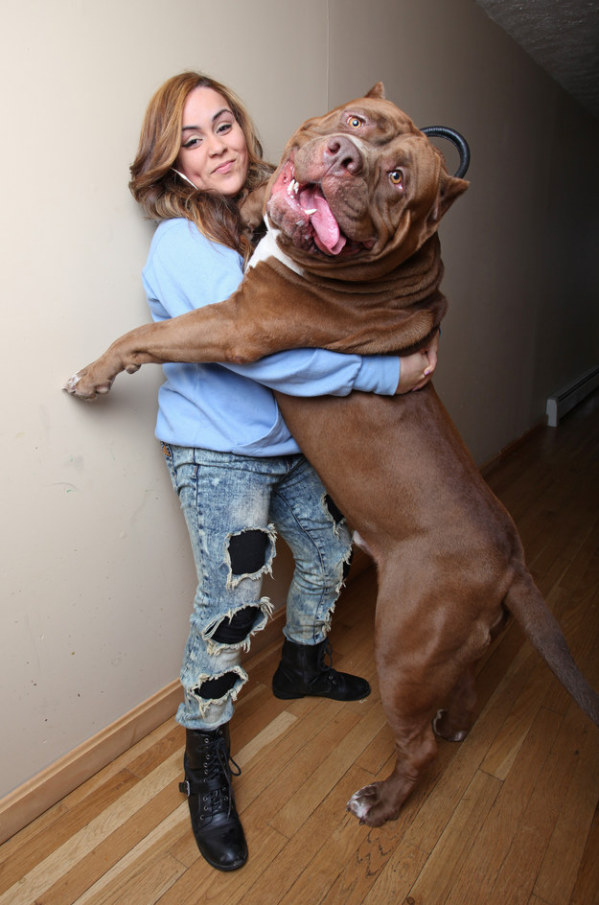 Despite Hulk’s intimidating size, Marlon and Lisa say, Hulk is a sweet family dog and a best friend to their 3-year-old son Jordan. 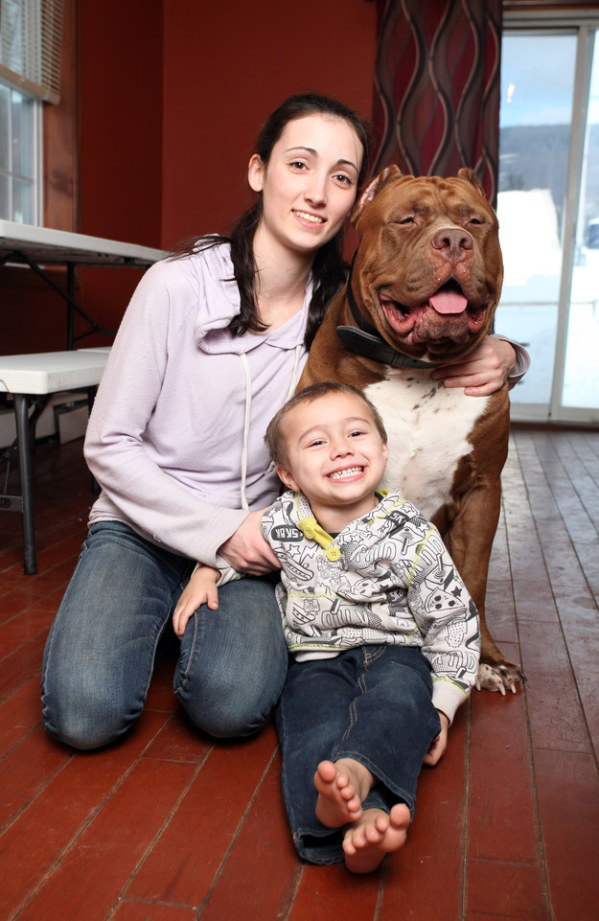 Lisa reiterates, “Pit Bulls are only in the media when bad things happen, this myth of them as monsters gets perpetuated. . . but it’s not true. They might not be for everyone, but under a good leader and with proper training, they make amazing family and work or protection dogs.” 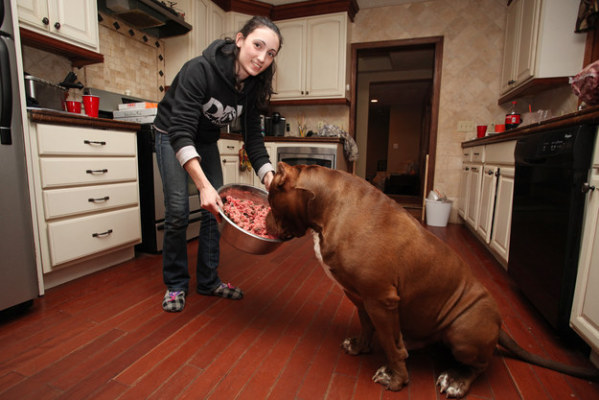 Lisa and her husband, Marlon Grannan are the owners of Dark Dynasty K9s, it’s a family-owned kennel in New Hampshire that breeds and trains American Pit Bull Terriers as protection dogs for clients worldwide. Dark Dynasty K9s is also a member of the American Dog Breeders Association and the United Kennel Club. 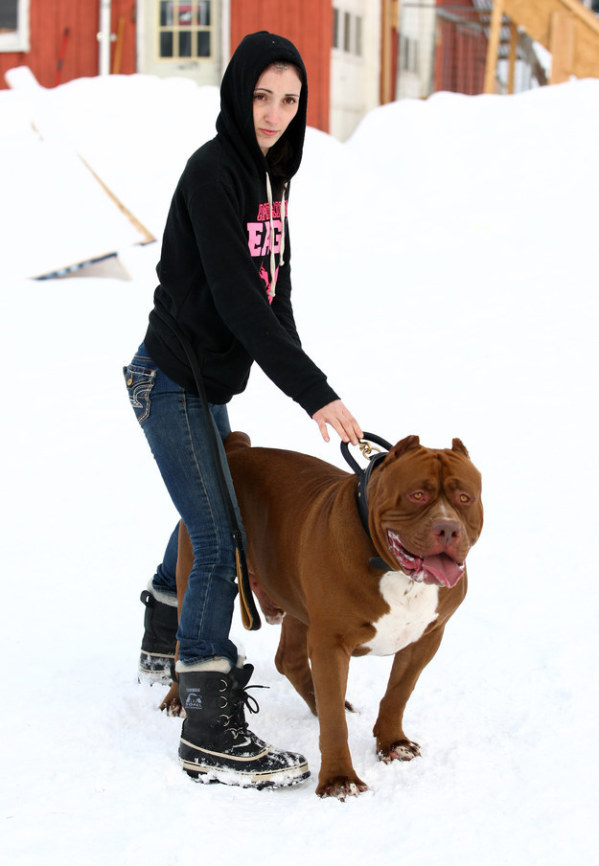 Each day the huge but young pit bull is fed a protein-rich diet consisting of supplements and a whopping 4lbs of ground beef. 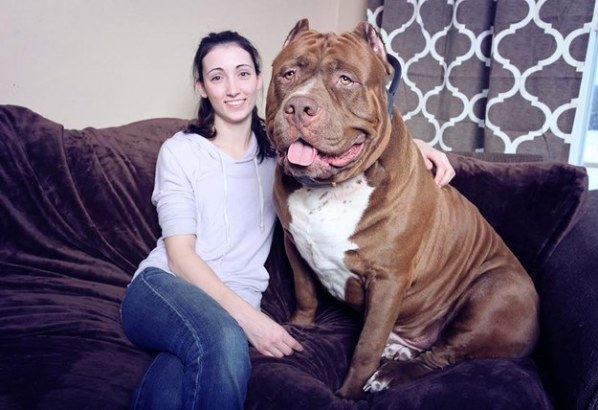 Hulk is believed to be the world’s largest pit bull, AND because he is only 18-months-old, he hasn’t stopped growing yet. 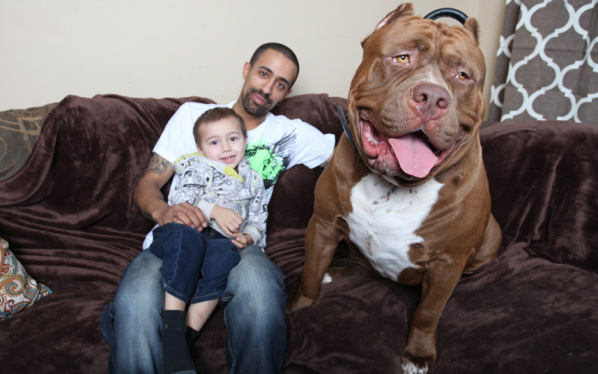 As you might be aware of, pit bulls are often branded “dangerous” with breeding bans enforced in various cities and towns, but the Grennan’s claim they are actually very caring pets, and fit for families. 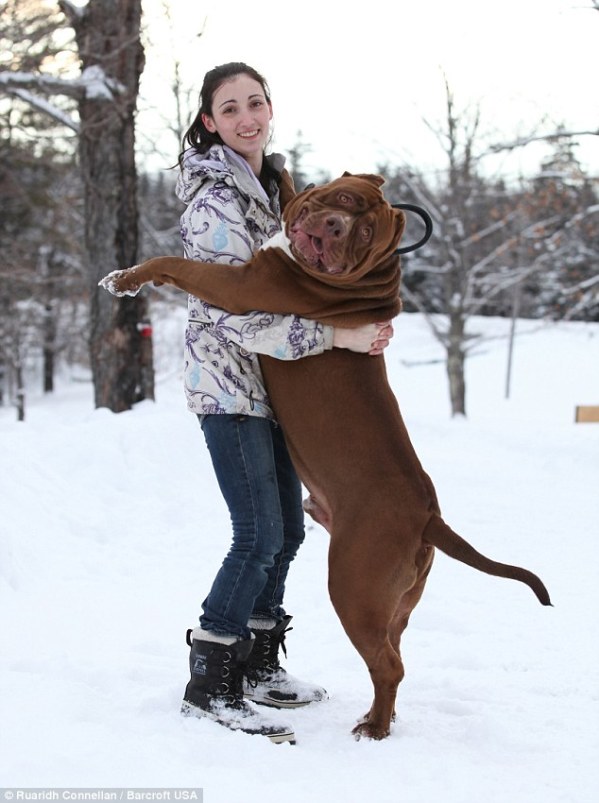 Hi, my name is Emma, and I am an animal rights activist. I absolutely love my pets, and would do anything to protect them. I truly believe that everyone should have a pet in their life, and that pets should be treated just like family. View all posts by Emma

One thought on “You Wont Believe The Size Of This Dog!”

This Dog Walker Takes Amazing Pictures Of His Pack Every Day!

When Her Son Desperately Needed A Friend, Mom Burst Into Tears When She Saw The Dog’s Reaction

We post news stories that we find interesting from various locations around the internet. We do not have the resources to check up on stories to ensure their validity. If you feel a news story is incorrect, or infringes on a DMCA or Copyright please contact us.

by Emma time to read: 1 min
Dogs No One Could Get Close to this Lost Dog Until She …
Dogs This Dog Walker Takes Amazing Pictures Of His Pack…
1