Amanda heard about this lost dog at Evans Creek near Mount Rainier in the state of Washington. People said they’d been feeding him occasional food scraps and trying to get close to him unsuccessfully for about a month. 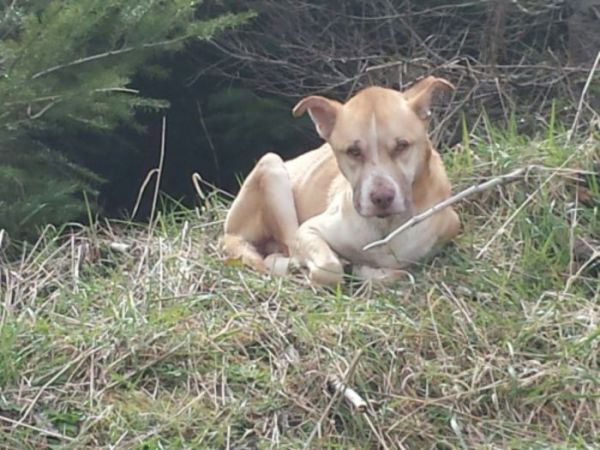 They dog had been given the nickname, “Baby Bear” because he was so skinny, just skin and bones. 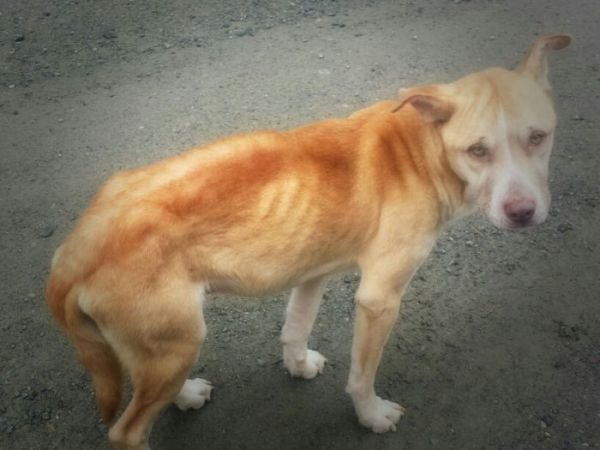 Amanda and a friend decided to drive up to Evans Creek to help Baby Bear. She had an idea to try to get the dog used to her. She played like she was injured and curled up into a fetal position on the side of the road. 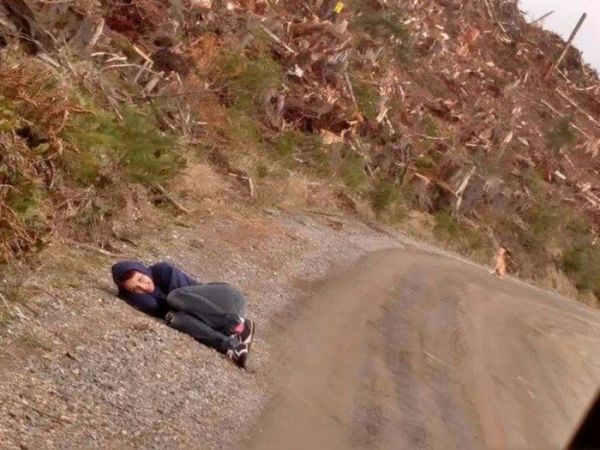 She said at first Baby Bear would growl at her, but eventually got curious enough to come close to smell her, but after 20 minutes he lost interest and wandered off. 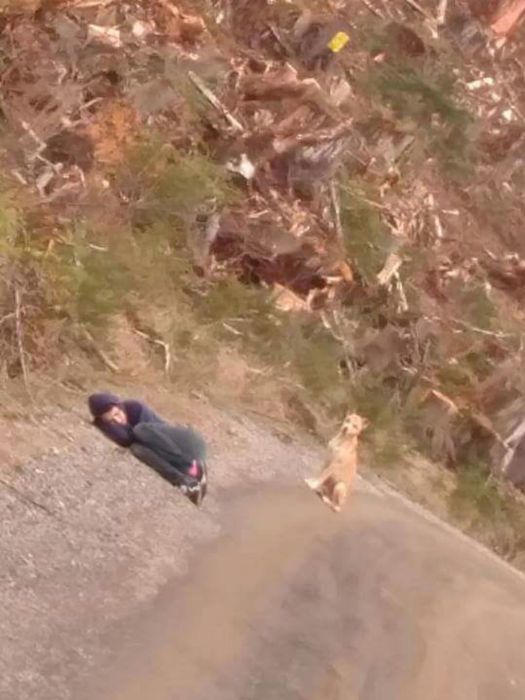 She followed him to this grassy area below and again got down on the ground with her back towards him, while slowly crawling and moving closer to him. 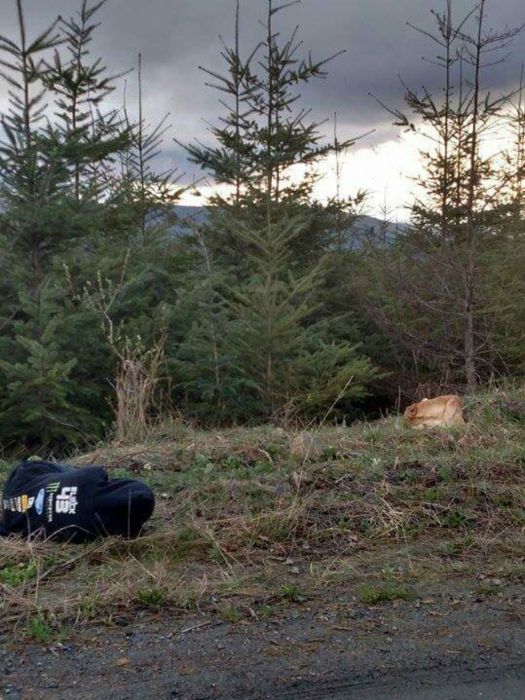 When Bear got uncomfortable, Amanda curled up into a ball and stopped moving. Then for an hour she continued to slowly inch closer to him. 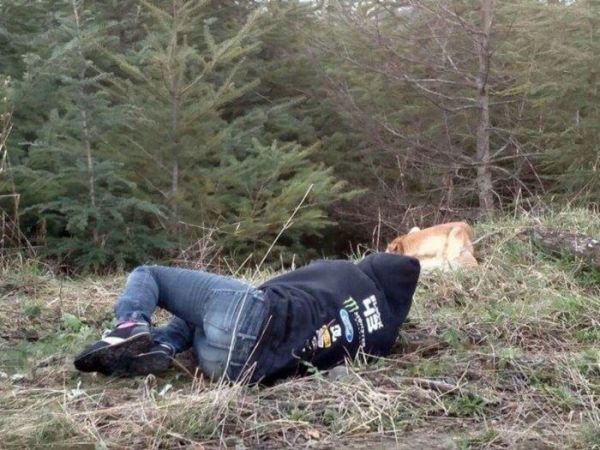 Amanda mentioned after holding him he didn’t want her to let go: “From 9 pm on I had to carry him everywhere! I had to pick him up and put him in the truck and then we snuggled together until we got to the vet.” 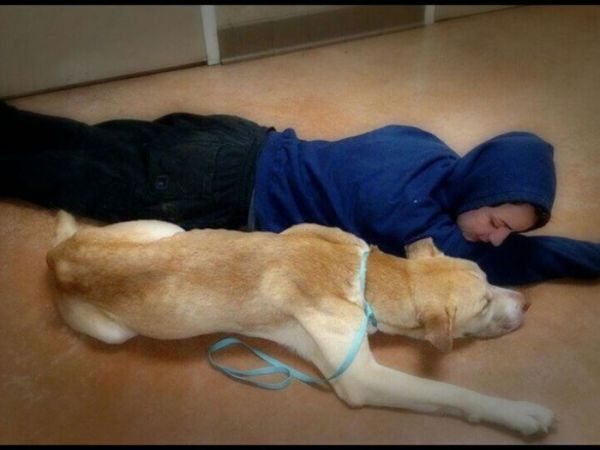 Hi, my name is Emma, and I am an animal rights activist. I absolutely love my pets, and would do anything to protect them. I truly believe that everyone should have a pet in their life, and that pets should be treated just like family. View all posts by Emma

3 thoughts on “No One Could Get Close to this Lost Dog Until She Did This!”

This Dog Walker Takes Amazing Pictures Of His Pack Every Day!

When Her Son Desperately Needed A Friend, Mom Burst Into Tears When She Saw The Dog’s Reaction

We post news stories that we find interesting from various locations around the internet. We do not have the resources to check up on stories to ensure their validity. If you feel a news story is incorrect, or infringes on a DMCA or Copyright please contact us.

by Emma time to read: 1 min
Dogs When Her Son Desperately Needed A Friend, Mom Burs…
Dogs You Wont Believe The Size Of This Dog!
3